Q: My mood hasn’t been good for quite a while.  I’m wondering: Is it possible to change my diet so that I become a happier person? -Veronica W., Portland, Ore.

A:  Research certainly suggests it’s possible. And the mood-boosting nutritional habit to adopt is one you probably never considered before.

We’ve all heard that we should eat our fruits and vegetables because they’re “good for us.” Studies have long shown that the risks of cancer and heart attacks are greatly reduced by a regular intake of these foods. Now science has found another reason to consume more fruits and vegetables: Eating enough of them boosts happiness and could make us happier people.

In a study published last year in the American Journal of Public Health, researchers asked more than 12,000 people about how many fruits and vegetables they typically ate-once in 2007, and again in 2009. The subjects also rated their overall life satisfaction on a scale of 1 to 10 during both of those surveys.

Researchers looked at how each person’s fruit and vegetable consumption and happiness changed over those two years, and found that with each extra serving of fruits and vegetables people ate, the happier-or more satisfied with life-they felt.

The researchers found that people who switched from eating almost no fruit and vegetables in their daily diets to eating eight portions of fruits and vegetables a day experienced an increase in life satisfaction and well-being equivalent to what an unemployed person feels after finding a job.

The relationship between higher levels of life satisfaction and increased fruit and vegetable intake persisted even after the researchers accounted for changes in the people’s income or life circumstances.

While previous research has shown that eating more fruits and vegetables leads to improvements in people’s physical health, these benefits typically occur over a long period of time, the researchers said. Individuals should take heart that there is a relatively quick psychological payoff from adopting healthier eating habits.

“People’s motivation to eat healthy food is weakened by the fact physical health benefits accrue decades later, but well-being improvements from increased consumption of fruit and vegetables are closer to immediate,” the researchers concluded.

Possible Reasons for the Benefit of Fruits and Vegetables

Past research also suggests that there’s a link between B vitamins-found in spinach, Brussels sprouts, and oranges-and production of serotonin, one of the chemicals in the brain that helps produce a happy mood.

The study was run in some Australian states in conjunction with the “Australian Go for 2&5 Campaign,” which promotes the consumption of two portions of fruit and five portions of vegetables every day. This is a good general guideline for people. One serving equals half a cup of fresh, frozen, or unsweetened canned fruits and vegetables.

However, bear in mind that fruit is high in fructose, which in excess can lead to insulin-related health problems. So, some people experience better health when they eat less than two portions of fruit per day.

7 Ways to Boost Your Intake of Vegetables and Fruits

Try these tips for increasing your intake of vegetables, and to a lesser extent, fruits:

1. Include vegetables or fruit with breakfast

Add sautéed assorted vegetables to eggs or sausage, and have a side of fruit.

2. Substitute vegetables in place of pasta

Cut them into sticks that you can easily grab from the fridge, and eat plain or with a dip.

This stabilizing snack is good between meals, and it can serve as an easy-to-make breakfast or lunch side dish.

5. Set out a fruit bowl in the kitchen

This encourages eating assorted varieties of fresh fruit instead of eating processed convenience foods such as crackers or chips.

6. Have some frozen vegetables and unsweetened fruits in the freezer

They can serve as essential backups when you can’t make it to the store to get fresh produce.

7. Eat more than one type of vegetable with lunch and dinner

Emphasize two to three times more vegetables on your plate than protein, grains, or beans.

Written by Melissa Diane Smith for Better Nutrition and legally licensed through the Matcha publisher network. Please direct all licensing questions to legal@getmatcha.com.

More Veggies with a Protein Smoothie! 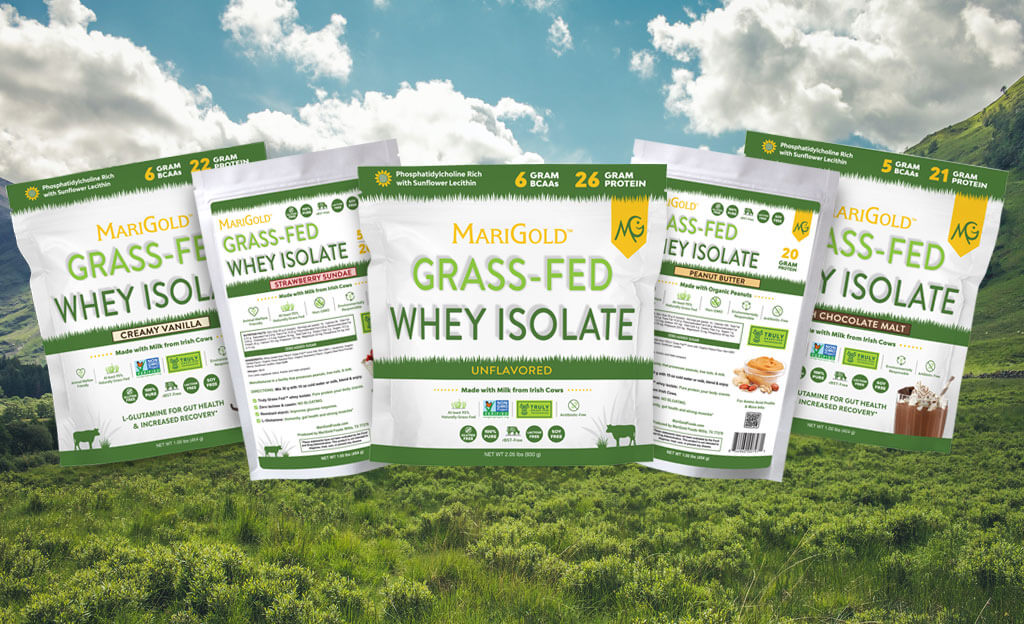 Another really great way to enjoy more fruits and veggies is in a delicious smoothie!

At MariGold, we love our smoothies! And what better way to enjoy a smoothie, than to combine it with some protein for a more balanced, well-rounded snack or meal?

Whey Isolate Protein has its own mood-boosting benefits. It contains amino acids to help produce key neurotransmitters that may help to prevent and treat depression and anxiety.

One of the essential amino acids provided by dietary protein is tryptophan. Tryptophan is uniquely associated with mood support as it is the precursor to serotonin which in turn makes melatonin. Another amino acid found in whey isolate protein that may improve mood is tyrosine. Tyrosine is particularly important in producing epinephrine, norepinephrine, and dopamine. It can help form essential brain chemicals that affect mood and sleep.

Protein-packed meals and snacks can also help you avoid sugary, processed foods, which can trigger anxiety and depression. A diet rich in protein also helps improve energy levels, giving you the strength to get moving and feel better.

MariGold Grass-fed Whey Isolate Protein Powder is 100% pure, clean, premium quality protein and only contains the good stuff your body wants and needs. It is derived from sweet Irish milk given by Truly Grass-Fed™ cows who spend 95% of their time roaming freely and feasting upon the delicious green grasses of the breathtaking Irish countryside.

It is also micro-filtered, leaving it UNDENATURED and incredibly creamy. There’s no aftertaste or gritty texture – just a smooth, clean taste that mixes easily into your favorite recipes or shakes.

In addition to our classic Unflavored Whey Isolate Protein, it now comes in 4 delicious flavors to add a little fun to your smoothies!

You may also want to try our Grass-Fed Collagen Peptides in your smoothies. It has skin-rejuvenating and bone-strengthening benefits as well as helps to support a healthy gut and immune system.

Some Delicious Smoothies to try! 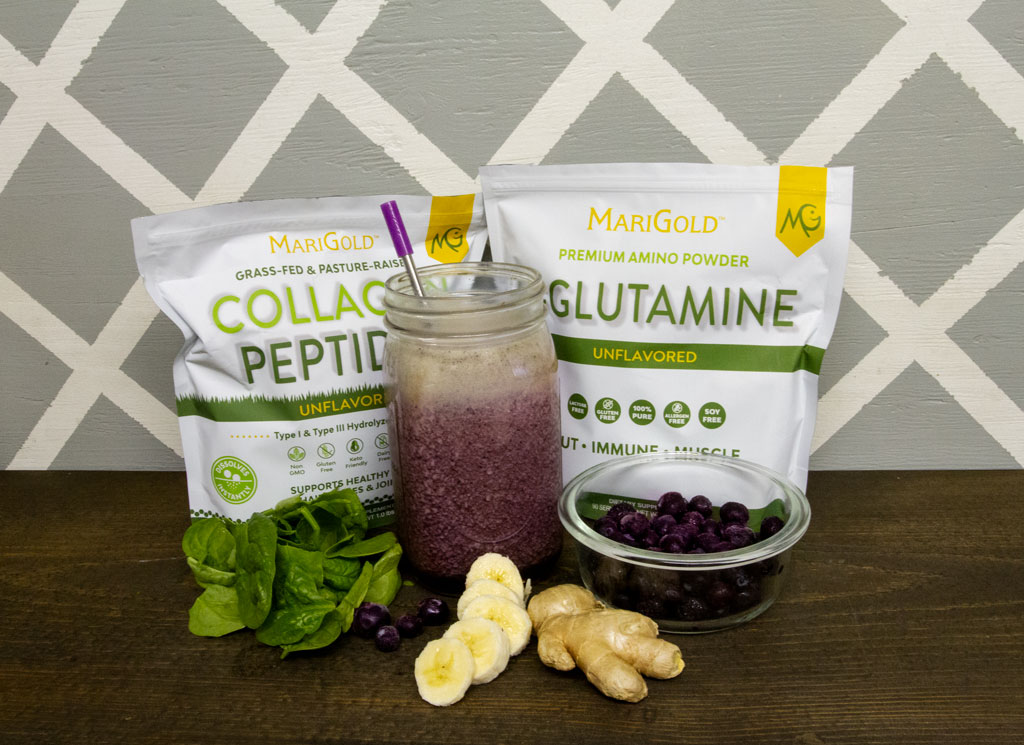 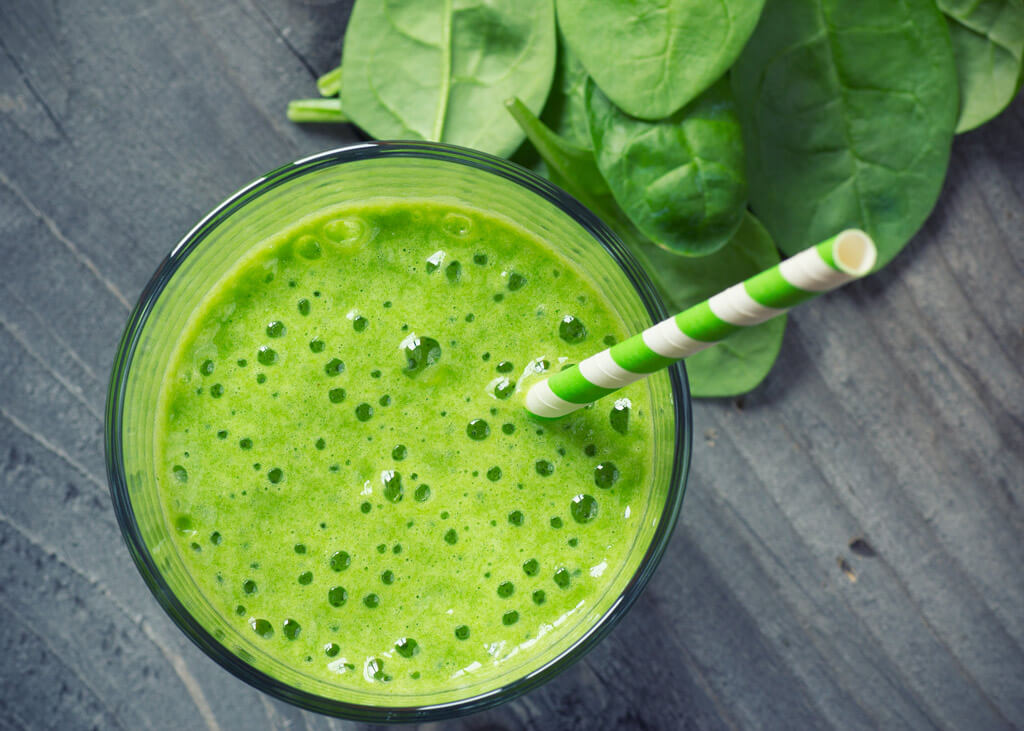 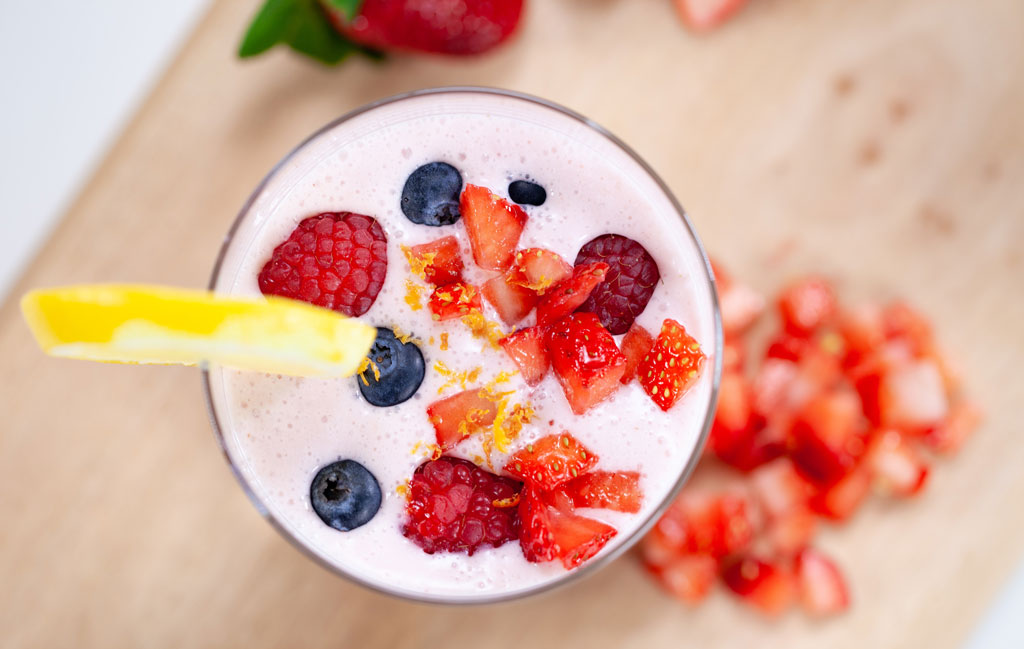 DID YOU KNOW......
MariGold Foods L-Glutamine Powder is non-GMO Project Verified to guarantee no GMO’s were used in the production of the glutamine powder. The amino acids are made with advanced fermentation and purification technology to produce the highest quality Glutamine on the market.

Glutamine can naturally be produced in the body. However, under conditions of severe stress and intense training, the body needs more Glutamine than it can make. At those times, it’s important to build Glutamine stores in the body with supplementation.

L-Glutamine’s positive effect on immunity and gut health has been verified by numerous studies*.

Usage of l-glutamine is not a quick fix, but when healing your gut, there rarely is. Studies suggest that it can take 12 weeks or longer to see benefits if you have inflammation, SIBO, viral infections, autoimmune or other chronic health conditions.
Order your L-Glutamine on www.maroigoldfoods.com or call (936) 344-0444 Mon-Fri 9-5p.m👍😁
#Marigoldfoodstx ...

Posted @withregram • @mariannlisenbe Didn't think to do a video until my fourth set, near the end of my hour long session, so I was pretty tired by this point.

The band I'm using here provides very little assistance. @abbie.skstrength tells me that next week we'll start working with no band at all!

Looks like my goal of being able to do pull ups by my birthday in October is in site 😄
I started this journey in April 2022. I've been intermittent fasting with a 7-8 hr feeding window, and drinking MariGoldFoods WPI protein and collagen shakes every day.
@marigoldfoodstx
.
#fitnessjourney #fitnessafter60 #fitnessafter50 #fitnessmotivation #marigoldfoods #intermittentfasting #wpi #proteinpowder #bestprotein ...

MariGold Foods owner, @mariannlisenbe... Back at the gym after a week in the mountains.

When I was literally running and carrying my 25 pound backpack through the BIG Denver airport, I sure was glad that I had made the choice to start working out about two months ago. And, hiking in the mountains was much more enjoyable.

Do you think I'm going to reach my goal of doing pull ups by my birthday next October?

Fueled by determination and @marigoldfoodstx

Be sure to try our two new flavors of WPI's and Collagen, on sale through Thurs!
#supportsmallwithamazon ...

If you haven't tried our powders yet, simply ADD ON TO YOUR ORDER and you can try them all! ...

Thanks @thedivabetic for this great idea ...

@marigoldfoodstx owner is 6 weeks in to journey to get fit again.

"Making some progress at the gym!

Today was mainly arms day since my arms are an area I really need to strengthen. So, when I attempted the 30 second hang with scapular pulls near the end of my workout, you can see I almost lost it! However, I managed to get some scap pulls in, and a 45 second hold.

We’ve reduced the weight a bit on the sled pull to focus more on form. Sled pull should be working to strengthen your feet, lower legs, and knees when done correctly. @Abbie.seek thinks I’m ready to add more weight again next pull. " ...

While working out at my favorite gym last night, the gym owner @seanhorn3 came up to me and said "I've got a great photo op here for you. My little girl just goes crazy over your bars. She ♥️'s them".

Please visit our FAQ page for more information.
Send this to a friend